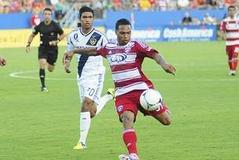 Scott Sealy grew up in his native land of Trinidad and Tobago where he played soccer and was recognized for years as a top player on the island. Upon graduating high school, Scott was awarded a full soccer scholarship to Wake Forest University (WFU), a perennial powerhouse in the NCAA Division I. At WFU he continued to excel as an elite player and went on to garner numerous awards while also etching his name into the record books as one of the all-time great players in the school's rich history. After graduating early with an eye on fulfilling his childhood dream of becoming a professional soccer player, Scott was drafted in the 1st round of the 2005 Major League Soccer (MLS) draft by the then Kansas City Wizards (now Sporting Kansas City). He enjoyed his best years at the club from 2005-2008 before stints with the San Jose Earthquakes, Maccabi Tel Aviv (Israeli Premiere League) and most recently with FC Dallas, before retiring at the end of the 2012 season. As a player, he sacrificed and invested a lot of time in the off seasons to help prepare him for life after the game by securing his United States Soccer Federation (USSF) 'A' coaching license, which is the highest coaching qualification offered in the U.S. Along with his vast playing background, parents can find extreme comfort knowing that not only can he provide a unique perspective as a player, but most importantly, as a coach.

Scott has represented his country at various youth levels, as well as garnering 25 senior international appearances for Trinidad and Tobago. He played a prominent role in the 2006 World Cup qualifying campaign as an amateur while still attending college in the U.S. Scott ranks scoring on his senior international debut and being named to the 30 player qualifying roster for the 2006 World Cup in Germany as some of his major accomplishments. His time as a professional and international player has taken him to places in every continent throughout the world, making his experiences rare and definitely unique. Throughout his career Scott has also played for very reputable coaches such as Dutch legend Leo Beenhakker (former Real Madrid, Ajax, and Holland national team coach), and Hall of fame U.S. national team coach, Bob Gansler, where he gathered invaluable lessons along the way. With this knowledge and life experiences as a player, Scott fully understands what is necessary to get modern day players to be their best. Now that his playing days are behind him, Scott wants to give back to the game by helping kids achieve their full potential. Since his retirement, he has also taken on the role of a U.S. Soccer Youth National Team Scout which allows him to further immerse himself into youth player development. 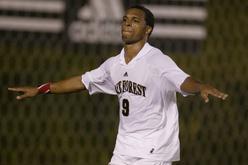 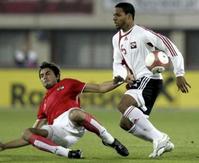